+++ The entries in the exhibitor & product database correspond to the registration status for Chillventa 2020 of 2 June 2020. +++

ACM is specialized in planning and producing industrial refrigeration and air conditioning systems. It was established in 1987 by a group of specialised engineers. Over the years, the company has acquired a reputation, both on the domestic and international markets, as a reliable manufacturer of air-conditioners, chillers, roof-top units and in general any compressor driven machinery for air-conditioning and process cooling.

In January 2004, ACM decided to extend its company name to “ACM Kälte Klima”, renew the image with a trademark that denotes an even stronger European vocation.

ACM Kälte Klima offers a wide range of products in the heating and cooling systems field. It has a production facility of over 3.500 mq situated in the Industrial Zone of Arzergrande (on the east side of the Padova city), complete with modern office facilities including a sales department capable of communicating in various languages, an engineering department with the capability to design standard or special cooling equipment, depending on different customer requirements (temperature, dimensions, etc.), as well as an organized testing facility, capable of testing all the units manufactured, according to the conditions determined by the customer.

Among the air conditioning manufacturers, ACM Kälte Klima stands out for the quality of products and for the high standard services, both in planning and in setting of the machines.

The free-cooling principle
The units series SCAE/FC are designed to cool down water/glycol fluid. This units are equipped, further to the chiller components such as compressors, condensers, evaporator, thermostatic valves, with a water freecooling
coil. The control system consists of a modulating three-way valve and of a certain number of probes allowing the water coil functioning and therefore the “free-cooling” operation. In the standard chiller the return water/glycol fluid is cooled down through the shell and tube evaporator. In the SCAE/FC units working in free-cooling mode, the water/glycol fluid runs through the free-cooling coil which is cooled by means of the external air, thus reducing the load on the compressors or even completely substituting them. The control system consists of a microprocessor, an inlet water temperature probe, an external air temperature probe, a working probe and a no-freezing probe.

Operation in summer
When the ambient air temperature is higher than the return water/glycol temperature the cooling capacity is guaranteed by the compressors (10); the 3-way valve (9) allows the water/glycol to go into the evaporator (12); the free-cooling coil (11) is not working. The absorbed power is the same as a traditional electric air cooled chiller.

The new multi functions units SCAEY FOUR (4 pipe system) have been designed to achieve and deliver the following advantages:

The ACM Kälte Klima SCAEY FOUR UNITS are designed to maximize the heating and cooling performances at the same time, which means they offer high energy efficiency with top energy savings. The SCAEY-FOUR units are the heat pump chiller air - water with axial fans, equipped with two independed hydraulic circuits, to supply simultaneously or separately hot water and chilled water. They are particularly suitable for use in four-pipe systems.

For a more environment friendly product, ACM Kälte Klima have opted to run their units on green refrigerant R-410A.

This refrigerant does not contain chlorine atoms, so it is not dangerous to the ozone layer if released. Its hight thermodynamic efficiency also makes for considerable energy savings and means more compact units with higher performances.

Electronic expansion valve managed by software, can allow the refrigerant circuit to work very efficiently reducing the power consumption. When the heating load changes suddenly, a traditional expansion valve experiences a 2-3 minute hunting period before achieving a state of equilibrium.

On the contrary we have an immediate action of an electronic expansion valve.

When a compressor starts or stops:

• The state of equilibrium is quickly achieved with minor adjustments.

• The expansion valve becomes an active part within the system instead of just a passive part.

• Hunting lasts hardly any time at all

The option of producing different cooling circuit configurations on the same size unit (in terms of capacity) means we can customize efficiency levels at full or partial load.

Having a number of compressors allows the unit to deliver its output based on a number of capacity reduction steps, thus adjusting capacity to suit the system’s actual heating load perfectly and reducing inrush currents.

• The WEB kit to read and set data via a remote PC by accessing the IP address of the unit or unit network.

The units SCAEY-FOUR are chillers / heat pumps equipped with three heat exchangers: an evaporator for the production of chilled water, a condenser for the production of hot water, a finned coil which acts, depending on the requests, from condenser or as an evaporator to dispose of, or withdraw, the difference from the outside of the heat is not required by the plant.

A dedicated microprocessor, with temperature sensors on the two hydraulic circuits, responsible for the management of the units. The circulation of water to the two heat exchangers must always be guaranteed, even if the users do not require.

The four-way valve directs the refrigerant toward the finned coil which acts as a condenser by disposing outside all the heat. The unit acts accordingly as a traditional air cooled water chiller.

The 4-way valve directs the refrigerant to the condenser by heating the hot water circuit of the plant. The unit operates like a traditional air-water heat pump, in heating cycle.When it is required defrosting the four-way valve is switched so that the hot gas enters battery and provides to defrost the same. Once executed defrosting restores the heating cycle previously described.

The four-way valve directs the refrigerant to the condenser by heating the hot water circuit of the plant. The condensed refrigerant flows through the solenoid valve, electronic thermostatic and enters the evaporator where it evaporates it cools the cold water circuit system. The unit operates accordingly as a traditional water chiller water cooled.

Each unit consists of two independent refrigerant circuits, each of them can work in cooling mode only, heating only or heating cooling simultaneously so you can satisfied both application of cold to hot regardless of their relationship: for example, you can have a circuit that works in cooling mode only and the other switches work only with that warm the coldest cold.

The new ROOF-TOP range has been designed to achieve and deliver optimal COMFORT with minimum energy consumption, with projects of more advanced technologies, which also allow continuous operation of unity at low operating costs.

For a more environmentally friendly product, ACM Kälte Klima have opted to run their units on green refrigerant R-410A. This gas does not contain chlorine atoms, so it is not dangerous to the ozone layer if released. Its superior thermodynamic efficiency also makes for considerable energy savings and means more compact, with higher performances.

The option of producing different cooling circuit configurations on the same size unit (in terms of capacity) means we can customize efficiency levels at full or partial load. The multi-compressor models favour high efficiency values at full load (EER and COP). Having a number of compressors allows the unit to deliver its output based on a number of capacity reduction steps, thus adjusting capacity to suit the system’s actual heating load perfectly and reducing inrush currents.

- the WEB kit to read and set data via a remote PC by accessing the IP address of the unit or unit network.

• free-cooling device: 3 motorized dampers which allows considerable energy savings when not in use compressors.

• Recovery of exhaust air: device that allows to recover the return ambient air (winter and summer) by sending it to the external heat exchangers optimizing the efficiency.

• Heat pumps high efficiency: by means of special devices as hot gas system kit (external coil) defrosting ice and recovery of exhaust air, the units are optimized to operate at -10°C outside air.

• Defrosting: using the appropriate devices and externalheat exchangers increased subcooling with “V” have been minimized and especially for a very short duration. Also, the configuration allows the operation of the units also with adverse weather conditions (snow accumulations).

• Personalization: thanks to the high modularity of the sections, is possible to adapt the machine to the various needs of plant or in case of replacement.

COMPRESSORS
Hermetic «scroll» type with crankcase heater and klixon for overload protection. The compressors are mounted on rubber shock absorbers.

SCWY/F: Shell and tube type. (option)
Both series are with two independent refrigerant circuits and one water circuit. The insulation is with a flexible closed-cell lining. It is advisable to fit a differential pressure switch which will stop the unit in case there is no water circulation on the plate to plate evaporator.

CONDENSERS
One or two depending on the model.
SCWY/P: plate to plate condensers.

DS
Partial condensing heat recovery. Each refrigerant circuit includes a desuperheater insulated and installed in series between the compressor and the condenser.

RCS
Condensing heat recovery from 70% to 90%. Each refrigerant circuit includes a heat exchanger insulated and mounted in series between compressor and condenser.

RCP
100% condensing heat recovery. Each refrigerant circuit includes: a heat exchanger insulated and mounted in parallel to the condenser and the relevant solenoid valves.

VLN
Very low noise version. In addition to the LN devices are equipped with insulated panels on the compressor box. 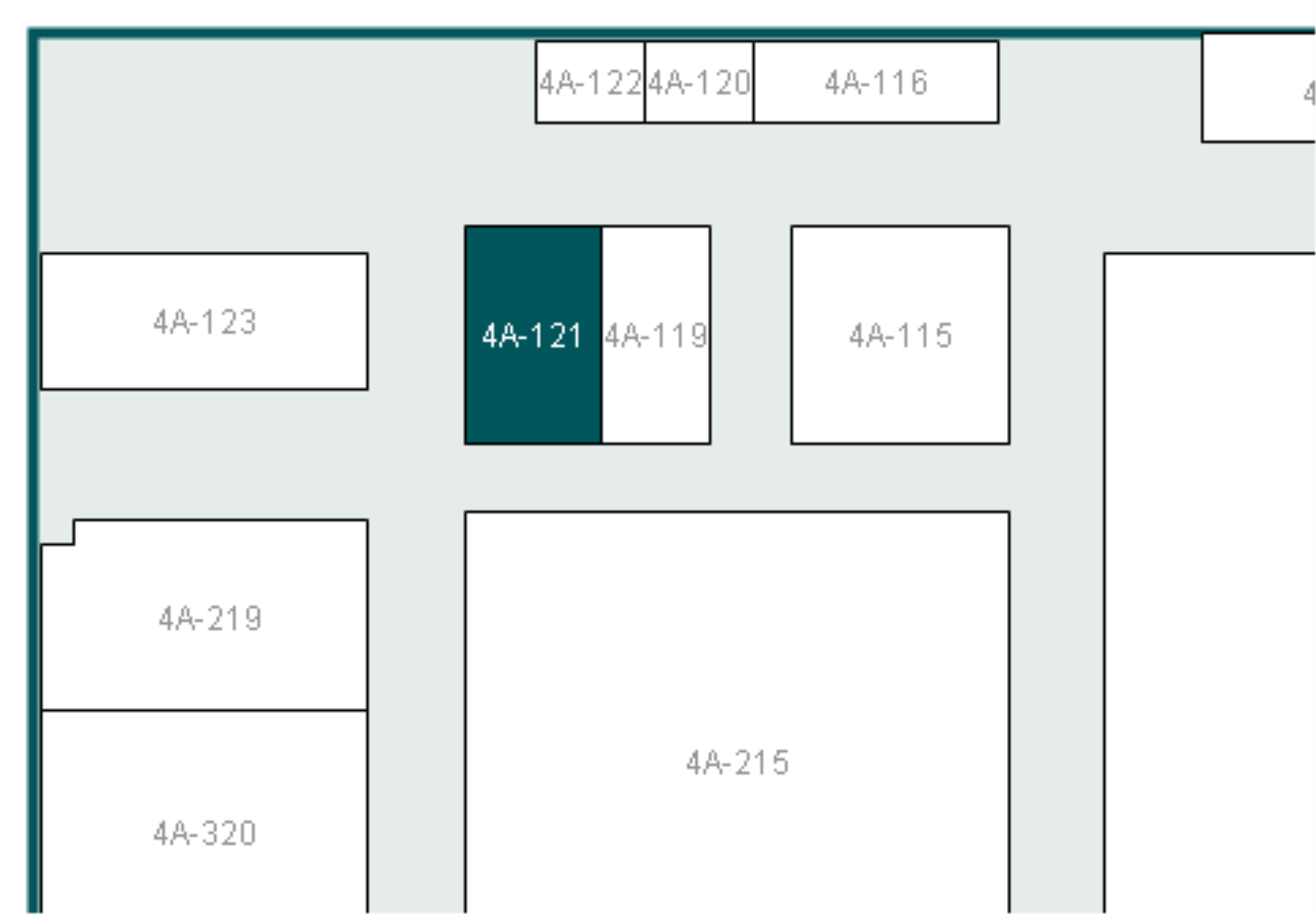